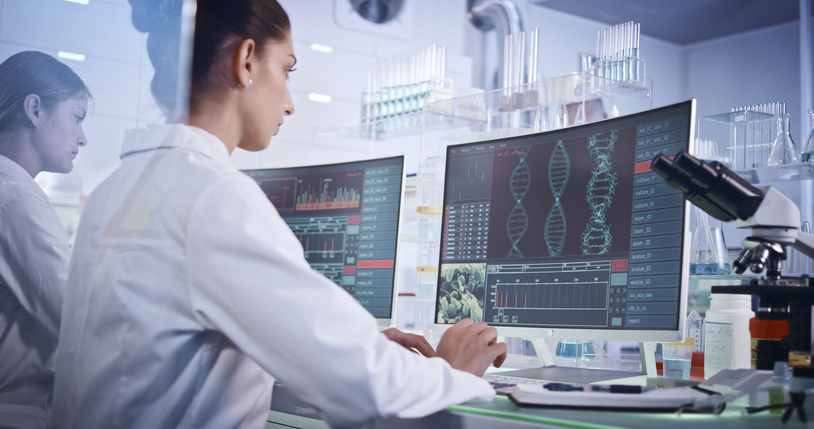 As most of us are (painfully) aware, our genes have quite a lot to do with how we develop and function in this life. We are predisposed to certain traits because of our genetic makeup.

Genetics and disabilities are also inextricably linked, though the relationship between the two is exceedingly complex. The rise of genetic screening is adding another controversial layer to the ongoing pursuit of learning more about health and the human body.

Thanks to incredible breakthroughs in science, such as the mapping of the human genome, we have learned a great deal about the inner workings of our genes, DNA, and what makes us… well, us.

In the process, we’ve also learned a tremendous amount about how certain conditions arise and how genetics and disabilities are intertwined.

All this knowledge and technological wizardry has opened up some thorny ethical issues regarding how we should proceed in the pursuit of prevention, finding cures, and possibly eliminating diseases (or conditions we perceive to be “abnormal”). The idea of “editing” genes remains extremely controversial. There is a legitimate fear of heading down a slippery slope toward a future of unforeseen consequences caused by genetic screening, gene tinkering, and the gradual emergence of “designer babies.”

Additionally, as it turns out, genetic screening for potential issues is the subject of heated debate as well (especially among children).

To Screen or Not to Screen?

Genetic screening is readily available in today’s world. It’s not particularly expensive in most cases. But should you do it? Depends on who you ask.

Genetic screening can provide a gauge of your risk of developing certain diseases, and can help with early detection, diagnosis, and treatment. But it’s important to note that genes are not always reliable predictors. As a group of prominent scientists from Johns Hopkins concluded in a warning against genetic testing: “… genomic sequencing fails to provide informative guidance to most people about their risk for most common diseases.”

There are also ethical concerns about getting people worked up over something that might not even happen to them, and about the limitations of genetic screening precision. But there’s no doubt that for some people, genetic screening has been lifesaving.

Whether or not you choose to seek genetic predisposition screening is up to yo
u, but it is important to come to terms with your own genes, and to work with your doctor to gameplan accordingly. You can start by creating a “Family Health Portrait” to increase awareness about what seems to run in your family.

You might already be aware of certain hereditary issues that are prevalent in your clan. Do you have a lot of family members with diabetes? Cancer? How about high blood pressure? Heart disease? There are strategies you can take early on in life that can drastically reduce your risk. (Hint: Quitting smoking is a great start.)

Whether you want to know more for your own sake, or for your children, learning more about genetic screening, genetics, and disabilities can provide valuable information. But it’s important to remember that genes do not always tell 100 percent of the story.